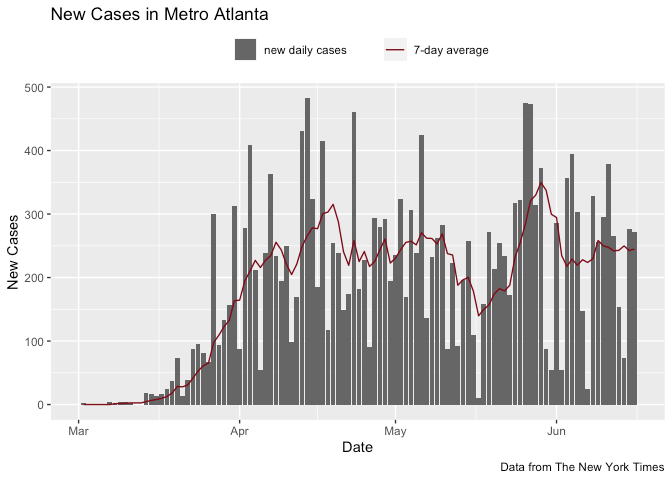 Early on in the pandemic, I became frustrated by the lack of quality visualizations of local COVID-19 data, particularly concerning Metro Atlanta, where I live, so I set out to create a set of visualizations of these data. Since then, the situation has improved greatly, but these plots still provide some details and comparisons that I have not seen elsewhere.

The second product of this project is a Shiny web app, which visualizes new case and death data for the entire United States, with a focus on county-level data in the context of state and national data. This reactive app allows the user to look at data from any state and county in the United States, subject to the geographic limitations of the original data set.

The source code for this project is available on GitHub.

All data come from the New York Times’ ongoing repository of COVID-19 cases and deaths in the United States.